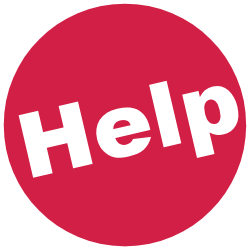 The hoax began soon after Mr Zuckerberg announced that he would put 99 per cent of his shares into a financial arrangement that would allow him to give his money away. The hoax claims that some of that money will be going to Facebook’s users, so long as they copy and paste a status onto their own profiles.  Although Mark Zuckerberg didn’t say precisely who would be receiving the money, there was no suggestion that he would be giving it away randomly to Facebook users.

The scam has been running since Mr Zuckerberg made the announcement at the beginning of December 2015.

Like many such hoaxes, there are embellishments and variations.  For example some more recent forms of the scam claim that it has been verified by authorities like Good Morning America.

The message says that the money will be given away at midnight of an unspecified day. But there has been a huge number of days since the status first started being shared, and nobody has reported receiving any money.  It claims that 10 per cent the $45 billion in stock that Mr Zuckerberg will give away will be sent to normal people. The money will be given to 1,000 people, it claims, who will receive $4.5 million each.

The message often begins in a range of different ways.  The rest of the message is almost always the same.

“Mark Zuckerberg has announced that he is giving away $45 billion of Facebook stock,” it says.

“What you may not have heard is that he plans to give 10% of it away to people like YOU and ME! All you have to do is copy and paste this message into a post IMMEDIATELY and tag 5-10 of your friends.

“At midnight PST, Facebook will search through the day’s posts and award 1,000 people with $4.5 million EACH as a way of saying thank you for making Facebook such a powerful vehicle for connection and philanthropy.“